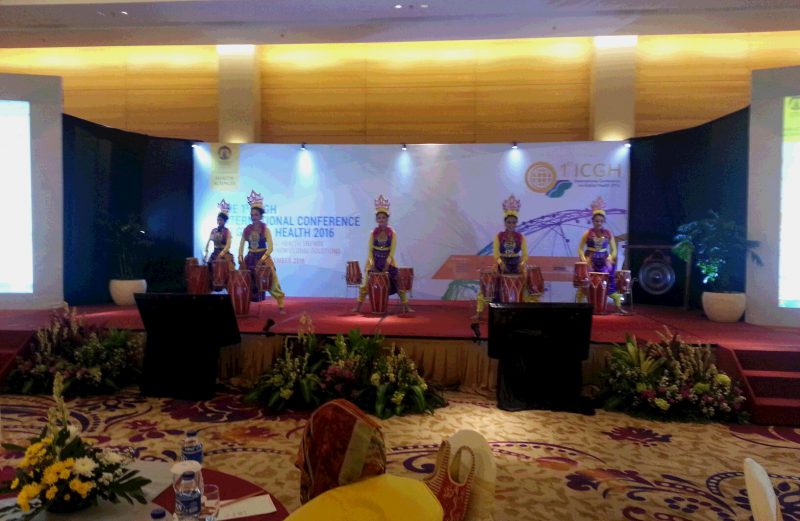 I was on business in Jakarta, Indonesia to give a research talk at the 1st International Conference on Global Health (See the website).  The opening ceremony of the conference was held with an Indonesian ethnic dance, welcoming participants as shown in the featured image.

On the other hand, Indonesia has a traditional medical practice called jamu–thought to be originated from Ayurveda and influenced by Chinese medicines in the early modern period–, an alternative medicine for the people who cannot afford costly healthcare until now. Nonetheless, if modern medical systems and the UHC program are smoothly spread, the role of jamu in Indonesia is expected to change in the medium and long term.

I was happy to get the chance to make a presentation on the issue and exchange useful information with other attendees at this conference.